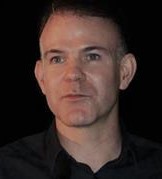 Over the past 25 years he has researched in basic and applied skin/hair sciences, with a particular focus on the regulation of hair growth in health and disease especially those conditions with an immune-medicated basis, and on the biology of human melanocytes/pigmentation in health and disease. He was the first to identify antibodies to hair follicle-specific antigens in patients with acute alopecia areata and is working to identify targeted (auto)antigens in this common condition. He was the first to establish melanocytes from the human hair follicles in long-term culture. He has also identified a ‘self-similarity’ between the POMC peptide system in the human hair follicle pigmentary unit and that of the central stress axis. Specifically, he examined how pigmentation can be regulated by CRF and POMC peptides (incl. beta endorphin), and more recently by bone morphogenetic proteins. Together with others he has revealed an unexpected role for filopodia in melanin transfer under the influence of myoxin-X and cdc42, and of asymmetric organelle distribution post progenitor mitosis in human skin epidermis as the basis of human skin pigmentation.

Des Tobin is a Fellow of Royal College of Pathologists, Fellow of the Royal Society of Biology, and Fellow of the Institute of Trichologists (Vice-President). He was until recently a member of the Healthcare Technology Cooperative in Wound Prevention and Treatment. Des serves(ed) on several editorial boards and is executive editor of International Journal of Trichology. He has published over 140 publications, incl. 3 books. His H-Index is currently 55 (Scopus, Summer 2018).